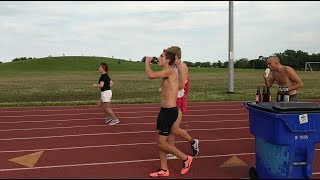 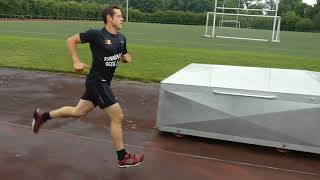 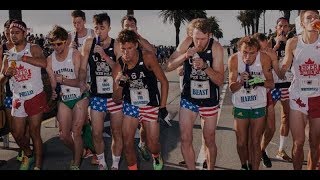 The second annual Chocolate Milk Mile RI, slated for July 23 at Cranston West, has attracted more than 50 runners, including a slew of all-staters and one particular Stanford-bound national champion. That's more than 10 times the amount of participants from the inaugural event from last year. And there's still plenty of time to enter for this event, which starts at 9 a.m., and features an Emerging Elite race, followed by a Championship race.

According to Jack Perrault, a top middle distance runner from North Kingstown and one of the race's organizers, a star-studded field will be lining up in the Championship race. For starters, the No. 1 seed is recent La Salle Academy graduate and four-minute miler, DJ Principe. Principe, who won the 5K outdoor title at the 2016 New Balance Nationals, will be joined by some familiar RI (and a few MA) rivals, including current and past HS standouts Mars Bishop (Barrington), Sam Toolin (North Kingstown), Joseph dos Reis (La Salle), Will Mardo (Cumberland), Nathan Coogan (North Providence), Ethan Wylie (North Kingstown), Jeff Venter (Bishop Hendricken), David Seybert (Attleboro) and Ian Flanagan (North Attleboro). With most in the field capable of running a time in the mid 4:20 range or even faster without the distractions, the 2016 record of 5:35 by Hendricken's Dylan Manning, one of the race's organizers, would appear to be in serious jeopardy. The top five finishers will receive a T-shirt, beads and the obvious bragging rights.

$5 donation. Organizers would like to thank Munroe Dairy, which covered ALL the expenses for the event. All proceeds for the Chocolate Milk Mile will be donated to the Ronald McDonald House.