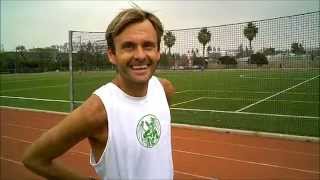 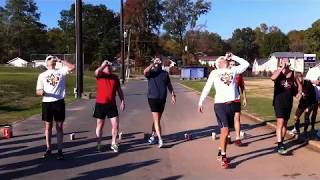 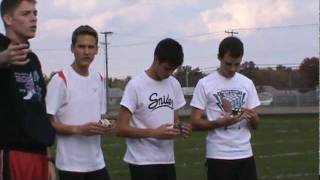 Five started. Runners were divided into 2 teams of 2 by college affiliation, with one runner competing unattached. The unattached runner dropped out after one lap. During lap 3 the police drove by and stopped, so one runner from each team fled the track. They returned just in time to see the finish of the race and decided to have a 100 meter showdown to determine the winner. The final score was 5-5, with the home team going 1, 4 and the away team going 2, 3. They proceeded to rage until the popo shut them down.