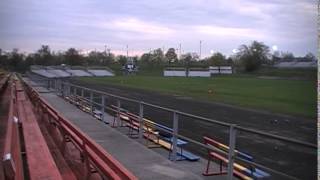 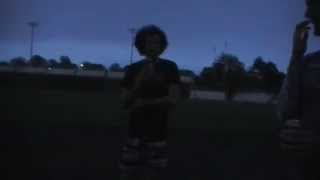 On this wondrous Friday night, the SLO_Runner crew came upon the track to obliterate the previous 4 x 40 record. And obliterate we did, bringing the world record down by 13 minutes to a time of 11:07.

We each drank from a 40oz Budweiser, containing 5% alcohol, except for John who drank from an Old English 40oz, which contained 8% alcohol. Drinking was done within the 10m zone between the mile and 1600 start until finished, then we would hold it above our head and start our lap. Penalty laps would have been given if anyone threw up but no one threw up.

Our splits our as follows:

It was fun setting a world record.