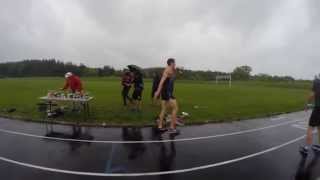 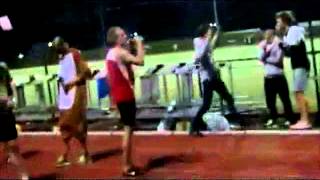 After singing the national anthem 38 people took part in the 2012 Edmonton Beer Mile. Out of seemingly no where the young Donovan Hacking took an early lead and controlled the majority of the 4 lap race. Over 30seconds later Wineman champion Shawn Muldrew took 2nd place, and Olympic triathlete Paul Tichlaar took 3rd. Spectators enjoyed the unique costumes worn by many of the racers and got to see what a lot of them ate before the race.

Big thanks to our #1 (and only) sponsor Running Room for the race numbers!